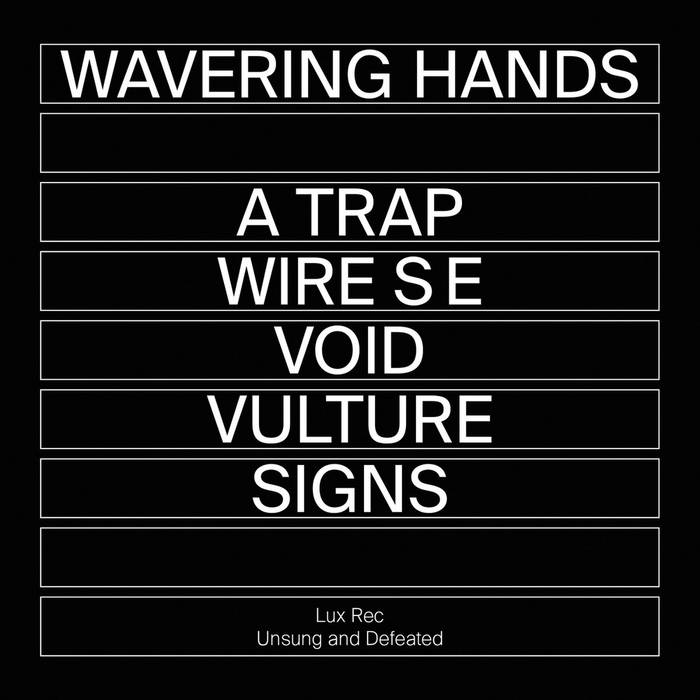 Released by LUX Rec (luxrec.net) in 2018 as part of their "Unsung and Defeated" series. Only distribution through Edipo Re's Bandcamp page, all revenues go directly to the band.

For the 12", go directly to LUX Rec:
luxrec.bandcamp.com/album/vulture

About the release:
"To conclude the Unsung and Defeated series we turned our attention to the distopic wave group Wavering Hands. The duo comes from Bern and Zurich, and this is their first vinyl release. The use of real drums, guitars and vocals is an unusual field for us, nevertheless, as it is clear now, we have shown no fear in going wherever our interest take us. And this time is pure New Wave, Kraut Rock inspired music. A perfect ending for this series of Unsung and Defeated local heroes."

Mastered by Andrea Merlini
Distributed by Ready Made Berlin

Bandcamp Daily  your guide to the world of Bandcamp

Featuring Oakland sounds from the Smart Bomb collective and Samplelov.